Slitscan images are created from a multitude of photos taken in quick succession of moving objects. The software reads the image sequence and composes the result from the individual pixel rows or pixel columns of the source images, to create something entirety new and usually unexpected.

The example shown below left is a lantern tree flower rotating around its central axis, of which some 100 images were taken within a 360-degree turn. In the result image, the first pixel line comes from the first photo of the sequence and the last pixel line from the last photo of the sequence. The pixel rows in between each originate from the corresponding intermediate position source images. The result is the image of a spiral-twisted lantern flower. You can see them from top to bottom - from all sides. 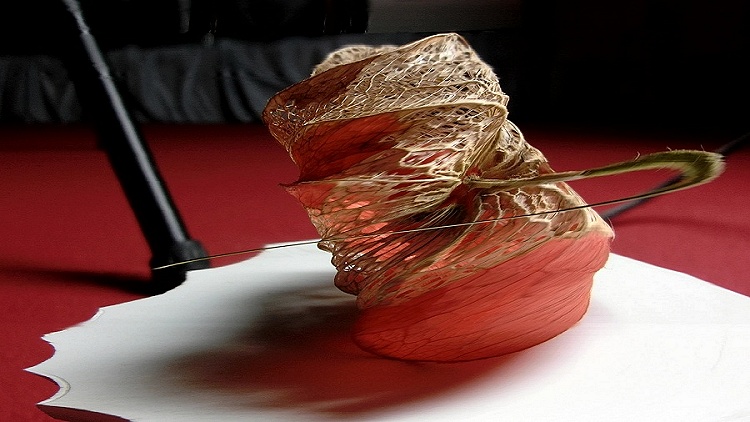 Slitscan from top to bottom

An object rotating about its central axis was picked up. 1273 frames were recorded (as video). Processing in slitscan from top to bottom. Since the image was built from top to bottom, and the images (or pixel lines) lying further down against the top images (pixel lines) were rotated further and further image by image, the image object in the summary is deformed into a spiral. 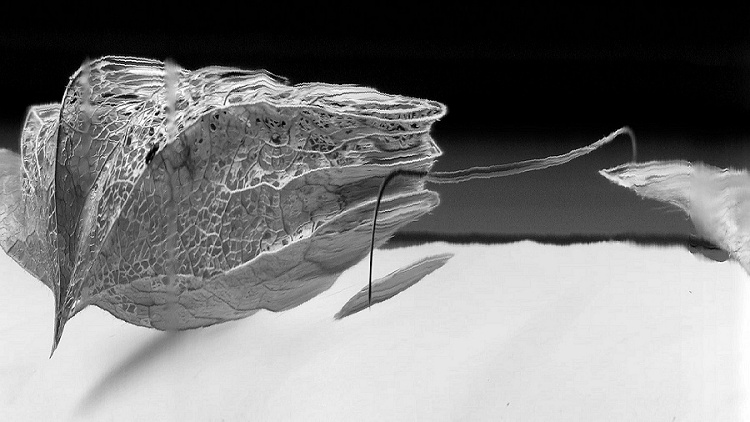 Slitscan from left to right 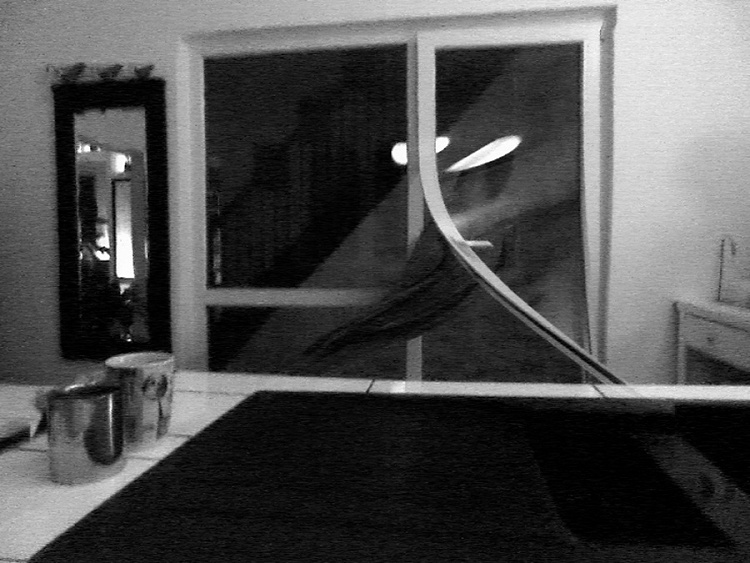 A person opens a door and enters the room for 1000 frames. Slitscan processing from top to bottom. You see a picture of the time here!

The picture starts at the top of the past and ends at the bottom of the present. Slitscans are spatiotemporal images, images of space and time. 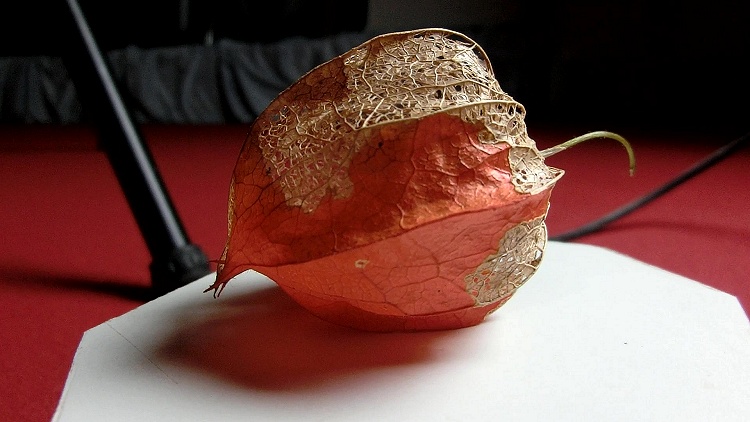 Once again the lantern flower

The flower stands on a slow-moving motorised turntable (Ex mirror ball drive). The camera on a tripod in front of it. 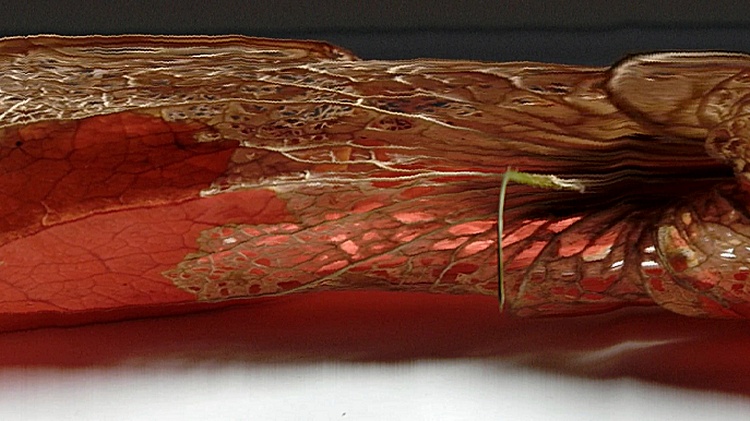 The derived from the rotation left / right Slitscan looks original like this. The surface is "unwound". That's interesting, but not necessarily pretty.

By closing the ends with caps. (slitscan does this on request.) You can also see . The result of the unwound and masked lantern flower looks like this above.

Something unrecognisable as a lantern flower, but an entirely new object that could be interpreted as any number of things. 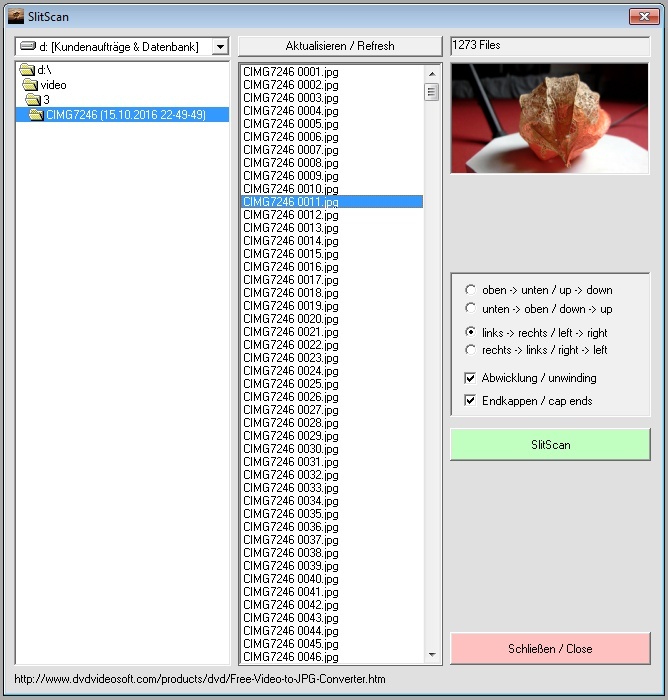